WARNING: The images below are graphic in nature. Viewer discretion advised.

A group of hunters and their dogs in a remote area of Russia came across what they thought was just a bear den. The dogsâ persistent barking caused the hunters to go deeper into the den. Once inside, they found what they thought was a mummy. Until it moved. Apparently, a bear kept a man as food in its den for a month. The bear likely planned to eat the man at a later date. 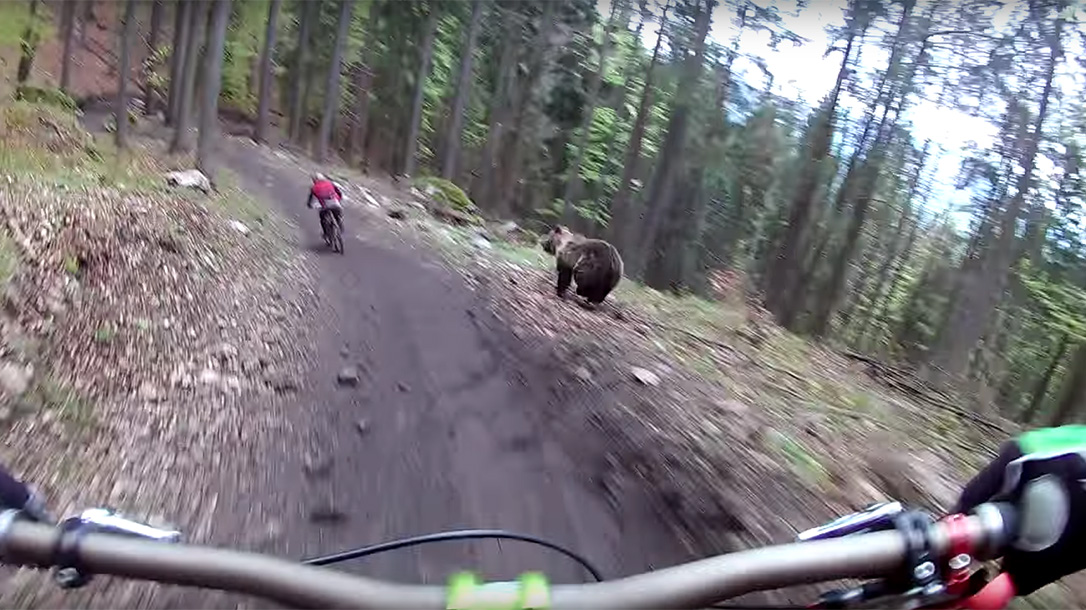 VIDEO: Bear Chase Ensues with 2 Mountain Bikers in the Woods

Known only as Alexander, the man was rushed to the hospital. He has multiple injuries, including a broken back and rotting flesh from laying still for so long. The victim canât remember how old he is, but he told doctors the brown bear overpowered him and dragged him into his den. He said he’d been there for a month.

Bear Kept a Man as Food

Alexander spoke to a Russian news agency. âThe bear preserved me as food for later. I drank my own urine to survive.â His spine had been broken when the bear sat on him.

Brown bears are solitary animals. They spend most of their time hunting for food, and theyâre omnivores. Their dens generally consist of any spot that provides cover from the elements, such as a cave, crevice, cavernous tree roots, or hollow logs.

When bears come out of hibernation, they are terrifically hungry. They will feed on most anything. Brown bears have been known to bury animals they kill. Sometimes, they won’t return to the prey for days or weeks. Theories suggest they do this to keep their prey hidden from other scavengers while the meat decomposes. This makes it easier for them to consume.